Health investments create value for public health and the economy

What is the value of health investments? How can we achieve a better understanding of the Health Economy’s meaning for a country? WifOR's Health Economy Reporting (HER) provides a structured approach for governments, the private sector, and the general-public stakeholders to better understand the size, impact, and importance of the Health Economy. The main goal is fostering a paradigm shift to viewing health expenditures as investments and drivers for economic growth and societal well-being. In this article, we present our research approach with specific results using Latin America as an example. The figures illustrate why health investments pay off with a high return on investment, stabilize the economy, and support employment.

Health matters most. However, the pandemic has revealed the enormous differences in the value placed on health in different nations. Most countries around the world were unprepared for such a health crisis and had not strategically planned their health investments. This has affected not only the lives of individuals but also the social and economic well-being of countries. The pandemic has shown that better health leads to economic growth and helps to relieve the burden on global health systems. Investments in health have a positive return for the health sector, the economy, employment, and, overall, for the wealth of the society. Nevertheless, some countries continue to invest only a small share of their GDP in health. 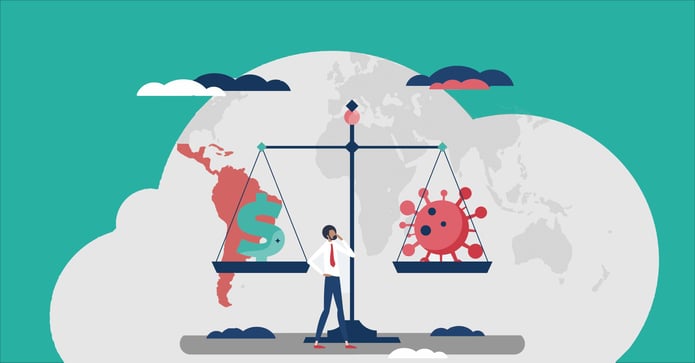 The following figure shows the contribution of selected Latin American countries’ health economies to the wider economy in 2020. Depending on the country, the Latin American Health Economy contributed between 5.3 % to 9.7 % to GDP and employs between 5.5 % and 9.5 % of the labor force. These findings also have provided evidence that countries that invest more in their Health Economies can drive economic growth and employment.

Selected results on the importance of the Health Economy

Through Health Economy Reporting (HER), the Health Economy (HE) can be quantified as a distinct and important macroeconomic sector. Comparing the HE to other sectors in the wider economy allows for its relative size to be understood and benchmarked. When conducting this analysis for Mexico, for example, the contribution of the Mexican HE in relation to other sectors is quantified.

An economic stabilizer in times of crisis

The data also highlights the industry's resilience in times of crisis: while the economy as a whole decreased significantly in 2020, the share of the Health Economy increased in all countries surveyed with the exception of Chile. 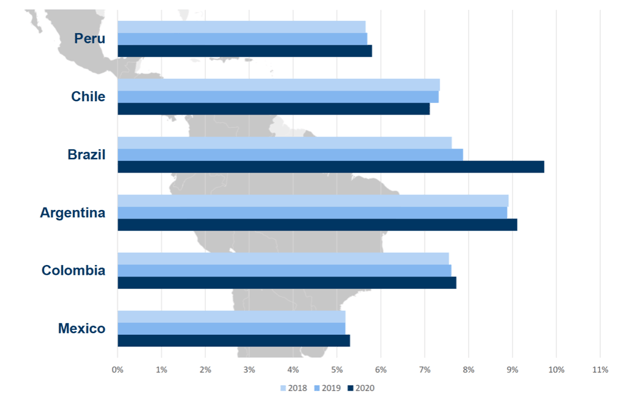 A country’s Health Economy is linked with other sectors in an economy. WifOR Institute therefore calculates multipliers that quantify the extent of the spillover effects on the wider economy. The HER approach allows for an evidence-based understanding of the overall “ROI (Return on Investment) of health” – among other things, and the extent to which health expenditure stimulates national GDP.

In Mexico, for example, USD 1 invested directly in the Mexican Health Economy generates an additional USD 0.8 within the overall Mexican economy. 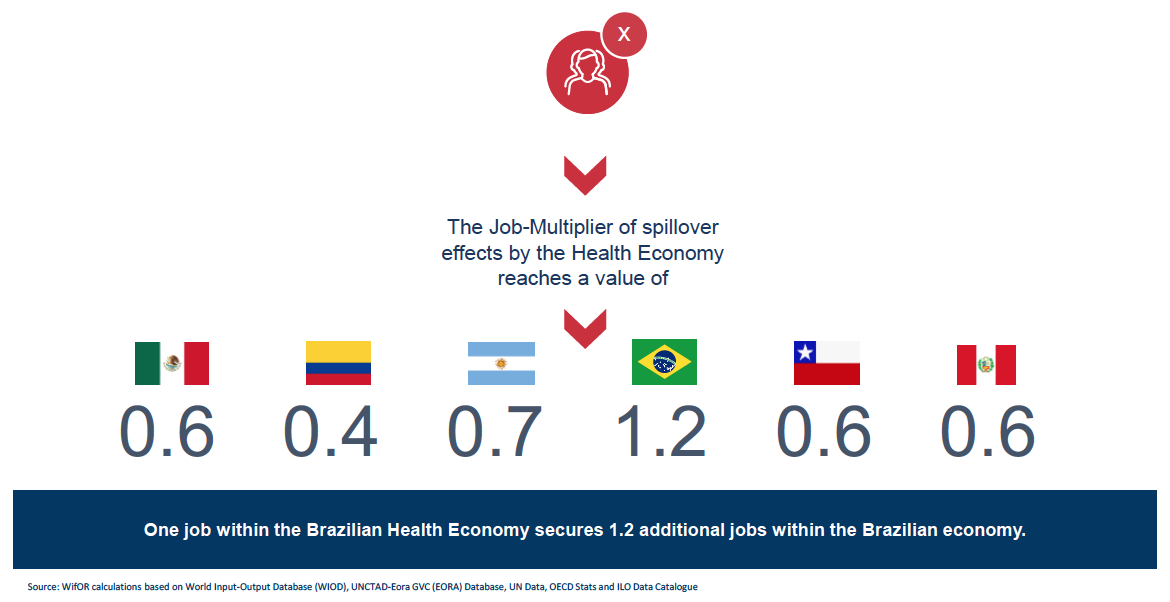 In addition, each job created in Mexico's Health Economy creates another 0.6 jobs through spillover effects in the overall economy. These figures support the argument that investments in health create a visible return on investment. Based on the spillover effects that can be measured and monitored, there is an urgent need to develop a new understanding of health, health care and investments in Public Health and related wellness activities. As a macroeconomic sector by itself, the Health Economy creates employment and economic activity, and thus additional wealth beyond the benefits of health in itself. Health Economy spillover effects can be expressed in terms of indirect effects (along the value chain) and induced effects (caused by the expenditure of directly and indirectly generated income). 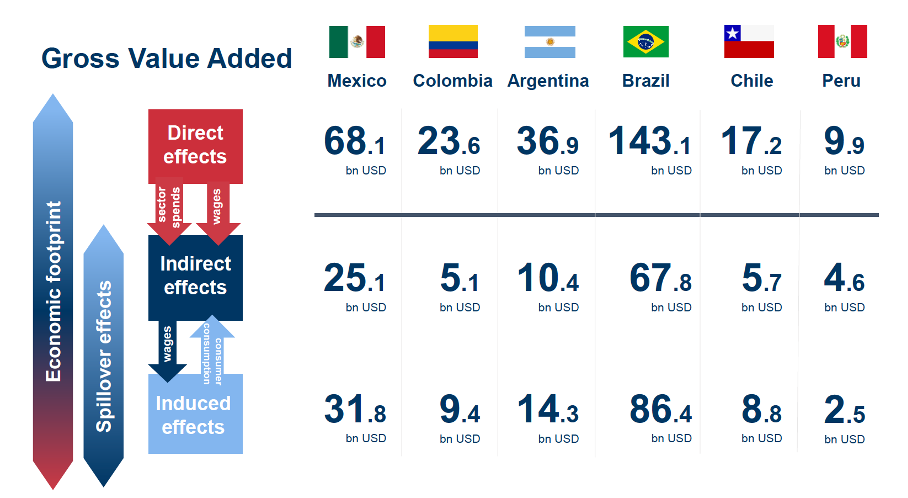 The varying extent of these spillover effects across countries is primarily due to the different size of the respective Latin American economy.

Overall, in addition to the USD 300 billion direct effects, USD 270 billion is generated through spillover effects. The measurement of indirect and induced effects for the labor force once again underlines the relevance of the Health Economy for the labor market: for example, 2.2 million people are directly employed in the Mexican Health Economy, but a further 0.5 and 0.9 million employees depend on the sector via indirect and induced effects. 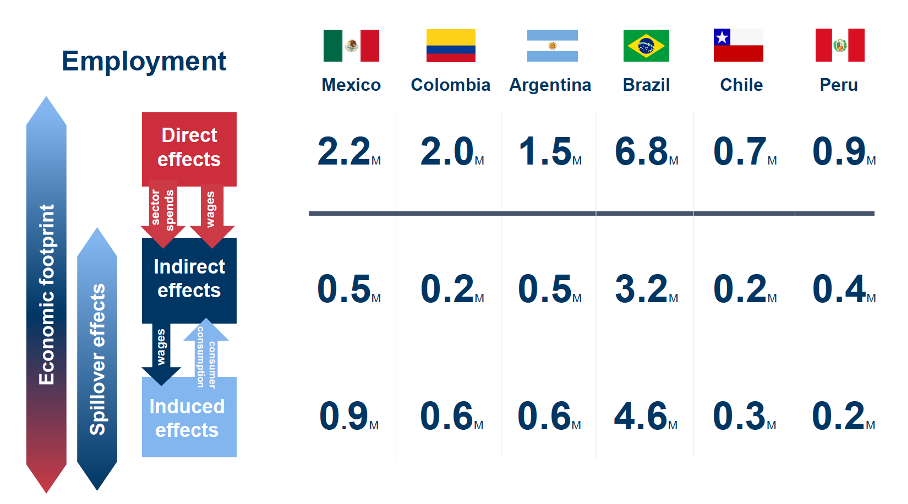 The German government and Statistical Office, for example, have been using HER on a yearly basis for over a decade. The economic, finance, and health ministers are closely aligned and jointly discuss policy changes. We at WifOR Institute also work with the World Health Organization (WHO), G20 Health and Development Partnership (G20HDP), and with various countries worldwide. We write policy briefs and papers with associations such as Harvard, G20HDP (for both G7 and G20 Presidencies) and the B20 Health Taskforce – who have all endorsed our health value framework.

Read more about the role of the Health Economy and why we should aim for a joint economic and health policy for sustainable economic growth and employment in the article “Towards a Health Economy Policy – a Consolidated Economic and Health Policy Approach” by Prof. Dr. Dennis Ostwald, Rüdiger Leidner, and Dr. Emmanuel Alexandrakis, Steinbeis Edition (2021):

What is our health worth? In public debates, a misconception tends to prevail that a high-quality healthcare system is expensive. This leads to a...

Prevention not reaction: Why investing in vaccination programs pays off

Vaccinations are considered one of the most effective measures to protect people from infectious diseases – no other health measure has saved as many...